The Great Vastness of the Universe 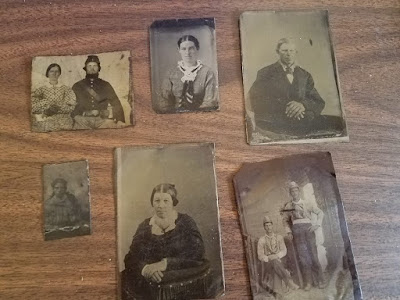 The TV show hosts used simple metaphors to explain the concepts of physics.  Most of the concepts, and certainly the equations, stretched way beyond my comprehension.  Einstein illustrated  the speed of light by using a train metaphor.  I'm pretty sure I'm still at the station. But I walked away with a new appreciation for the vastness of the universe, of creation, our relationships, and what a small role one person plays.

I've started working on my family history, particularly on my mother's side.  I completed a project with my father last year, so I'm setting that aside for now.

I joined Ancestry as soon as it was a thing, and have been a member on and off for years.  My husband and I did the DNA tests about four or five years ago.  Reading the tests and pondering the meaning and chasing down connections just was not a priority. Until now.

Now I'm plowing through Ancestry and through boxes and boxes of goodies left to me by my maternal grandmother, an aunt on my father's side, and my mother's sister.  Access to the Internet databases allows me to compare and confirm information in the boxes.  But there's much more to it than court, census, and legal records.

It's quite humbling to have all these items left to me.  It's very humbling to find my grandmother's handwritten "Amy LeNore" on a 1958 document, when I was born the year before.

Here are a few of the other family treasures I've found:


Every family has stories.  Some families were fortunate to have someone who documented it. I hope you are inspired to find your own stories.  There are Internet sites that don't cost like Family Search at https://www.familysearch.org/.  You must register for a free account.  Many local libraries have paid accounts to Ancestry, Fold 3, and Newspapers.com.

My search has been interesting.  I've found items that have moved me to tears, made me angry, fostered pride, and brought on a chuckle.  Happy searching to you!